Who is D. W. Wilber, you might wonder? Well, his name is Del, and he’s a former undercover employee of the Central Intelligence Agency who served overseas in Eastern and Western Europe and the Middle East.

Del W. Wilber brings over thirty years of experience in Security and Counterterrorism as a former Intelligence Officer serving with the Central Intelligence Agency and the Department of Defense in Eastern and Western Europe, the Middle East, and law enforcement. His expertise took him to Iraq from 2004 to 2007 where he served as an adviser for counterterrorism and counter-IED operations to the Commanding General of, the U.S. Army Multi-National Corps–Iraq.

So, now that we’ve got that out of the way, let me tell you what Del thinks about the bizarre Pelosi attack… He thinks something is off… specifically with that “broken window.”

And Del isn’t the only one who thinks something looks strange with that window… because usually when people break INTO a home, you don’t see glass on the outside; you see it on the inside, and that’s what Del is having a hard time with… us too, Del, us too…

Here’s what D.W. Wilber said in a tweet “As a cop for 11 yrs in St. Louis I never once worked a burglary where the broken glass and debris at the entry point was OUTSIDE the residence.”

As a cop for 11 yrs in St. Louis I never once worked a burglary where the broken glass and debris at the entry point was OUTSIDE the residence. pic.twitter.com/Fs5DYEuwHp

As you know, this “attack” has now morphed into Trump’s fault, thanks to Joe Biden, and now the media, who are blaming Trump supporters, for a Berkley hippy and drug addict, who was part of a nudist colony, and lives in a place festooned with LGBTQ and BLM decorations, attacking Paul Pelosi. According to the media, this guy suddenly became a “Trump supporter” just a few weeks ago, and then somehow busted his way into the Pelosi home with zero problems whatsoever… all when Nancy wasn’t home, which is very convenient for The Speaker because this drug-addicted hippy was apparently there to attack her?

Joe Biden went to PA to “campaign” and he literally called the nudist hippy from Berkeley a “Trump Supporter” in one of the most disgusting and vile speeches you’ll ever hear. Politico reported that Joe Biden on Friday called out the “despicable” attack on House Speaker Nancy Pelosi’s husband, Paul, directly tying the attacker’s words to rioters’ chants during the Jan. 6 assault on the Capitol.

There’s reports “that the same chant was used by this guy that they have in custody that was used on January 6, the attack on the U.S. Capitol,” Biden said during an impassioned speech at the annual Pennsylvania Democratic Party’s Independence Dinner, where he and Vice President Kamala Harris were campaigning for Pennsylvania’s Democratic nominees.

The story is really sketchy, and there are more questions than answers. But the only thing the media wants you to know is that it’s Trump’s fault.

The perpetrator’s shouts of “Where’s Nancy?” during the home invasion early Friday morning echoed the chants of pro-Trump rioters who searched the Capitol’s halls for the speaker in a bid to stop the certification of Biden’s 2020 victory.

“This is despicable. There’s no place in America. There’s too much violence — political violence — too much hatred, too much vitriol,” Biden said. “And what makes us think one party can talk about stolen elections, Covid being a hoax, [that it’s] all a bunch of lies, and it not affect people who may not be so well balanced? What makes us think that it’s not going to alter the political climate? Enough is enough is enough.”

Remember … if two guys in their underwear get into a hammer fight at 2am – it’s Trump’s fault.

Joe Biden is such a dirtbag.

Here’s what people online are saying about the CIA’s observation:

“Probably happened whilst they were “hammering” each other”

“Pretty much defies physics, doesn’t it?!”

“It all sounds more like the Jan 6th. fiasco!”

“Finally someone points it out!!!”

“I’ve seen enough forensic files and investigative discovery shows to know this is highly suspect Staged or the altercation from the inside caused this Was he let in? Check phone communications? Is there a connection to the individual? Reports say yes Security Footage?”

“My exact thought. Broken glass on the outside means the window was broken out from the inside.”

I also heard reports that the man came to the front door and “somebody” in the house let him in because he was a “friend.”

– Why wasn’t there signs of forced entry at Pelosi home?

– Who was 3rd person who opened door for the police?

– Why was Pelosi holding hammer, and attack only happened after police arrived?

– Where is bodycam / security footage?

– Why isn’t the press asking these questions?

This story is so all over the map. But trust me, Dems will use it to push their MAGA extreme nonsense.

Just remember, there are no coincidences or “magical timing” in politics, so if something happens right at the “perfect time,” you know it’s sketchy. And Dems are desperate not to lose, so they will do literally anything to win. So, don’t put anything past them. 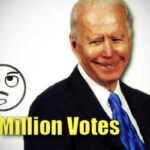